I've missed you guys!  It's been an eventful two weeks: sickness ('tis the season), best friends, seemingly endless food and wine, conferences, and day-to-day living.  I'll be in Minnesota this coming weekend for KidLitCon and can't wait - I've never been to Minneapolis - or anywhere in Minnesota - so it'll be a new adventure.  Not to mention that I'll see folks from last year's conference, like Liz Burns, Jen Robinson, and Maureen Kearney.  On top of which I also found out today that one of our new authors - Anne Ursu - will be there as well!  She has a book with Harper coming out in Fall 2011 so I'm excited to meet her in person.

But all that aside, let me tell you about my weekend.  The Soul Twin (aka my BFF) was visiting - hopefully, hopefully, the last trip she makes before moving here - and so we decided we had to hit up Eataly.  Eataly, for those not in-the-know, is Mario Batali's foodie venture with Joe and Lidia Bastianich.  I won't go into the details of the place.  For that, there's the New York Post, the New York Times, Eater NY, Huffington Post...and a ridonkulous amount of other sources.  But for the layperson, here is a taste (pun, unfortunately, intended) of our inaugural trip to Eataly: 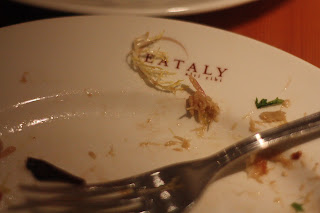 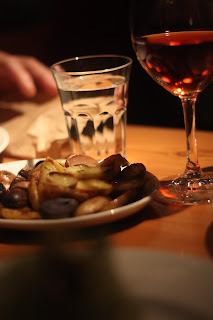 The wait for La Pasta was an hour long so we settled for La Pesce.  I'm being sarcastic, of course.  It was amazing.  The crudo was fresh and interesting; the Soul Twin particularly loved (as did we all, I assure you) the diver scallops with tangerine-pressed olive oil.  I begged everyone to let me order the salt cod, as I've always been too lazy to make anything with salt cod myself.  It was very good but definitely not the highlight of the meal. 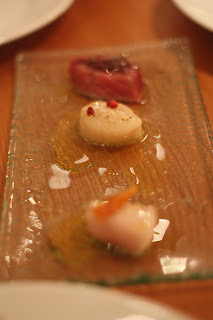 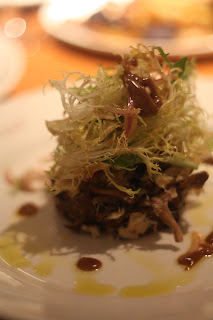 I had never had razor clams before and the flavor of these was as it should be: like tasting the sea.  That said, these were a bit sandy?  Or gritty?  Is that normal?  I'm not sure, being a newbie to razor clams.  Nevertheless, the flavor was outstanding. 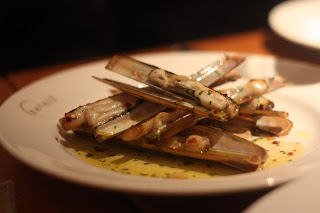 I could make Eataly into FIVE blog posts.  So I'll break it down.  Here are a few things you need to know: 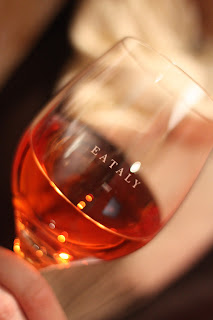 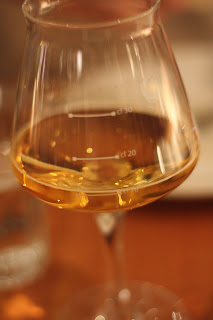 So I'll end my post by trying some Italian:
Mangiare, bere, e amano l'Italia!
Posted by Unknown at 20.10.10

It was great meeting you this weekend at the Kidlitcon, Laura! I enjoyed getting a chance to chat, and like with so many other bloggers I was meeting in person for the first time, it felt like we'd known each other for ages. :) Hope we run into each other at another kidlit event sometime!

Dear Laura, I hope you had a good time at Kidlit Con - I just wanted to drop a note to say how much I enjoyed meeting and talking with you. I have your card tucked in a safe place and will be in touch, formally, closer to when internship applications open. In the meantime I'm looking forward to reading through your blog - I love it!