As you may have guessed from my previous post, I was not looking forward to Thanksgiving in Orlando.  Thanks to my publishing job, I had already been to Orlando for conferences twice in the last year, and one of the last places on Earth I wanted to go was back to that land of manufactured reality.

It turns out that all my self-indulgent whining was just that: self-indulgent and whiny.  We had a fantastic time at Harry Potter World.  And the Thanksgiving buffet?  Well, all-you-can-eat crab legs and dessert don't suck at all. 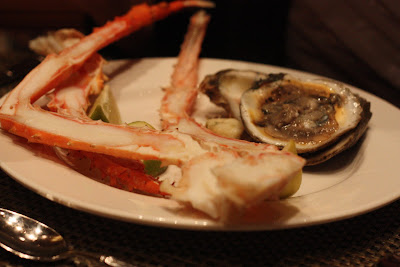 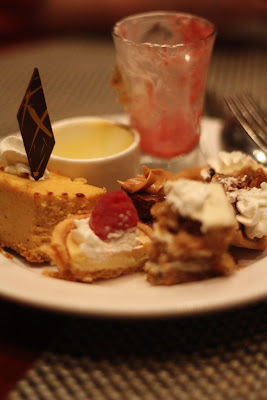 And did I mention the bottomless Champagne?  I might be coming around to buffets after all... 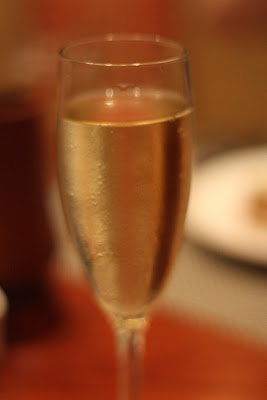 That said, we had lots of amusement park food: soft pretzels, hot dogs, fries.  So, by our last night, I was more than ready for some real food: we made reservations at Emeril's Orlando.  I was skeptical...but it was everything I had hoped for: delicious food, gorgeous list of wines by the glass, and attentive service (but not overly so). 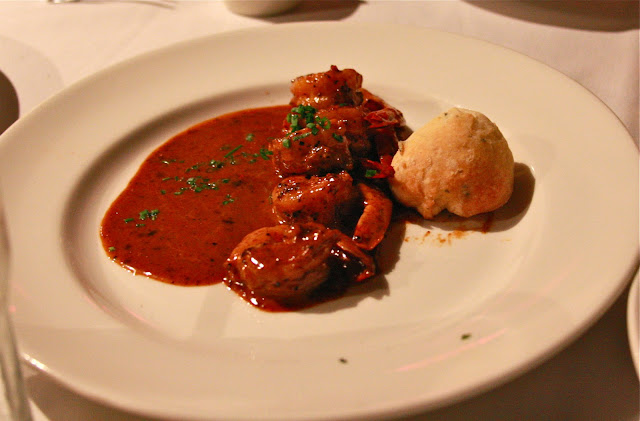 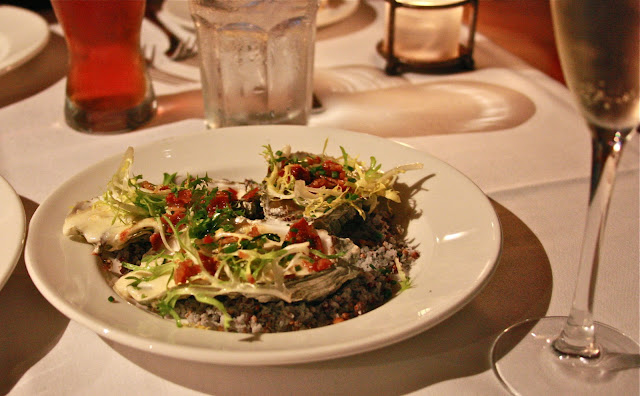 We started with the New Orleans Barbecue Shrimp, which came with a diminutive but delicious rosemary biscuit.  The sauce added a touch of heat but it didn't make me scramble for my water glass (which is a good thing).  We also started with oysters in a creamy sauce with frisée and bacon.  It was okay...but I realized that I really love my oysters raw and adorned with only a squeeze of lemon; with all the other goings-on, I could hardly taste the oyster.  I drank a glass of Champagne, which held up to the barbecue shrimp surprisingly well. 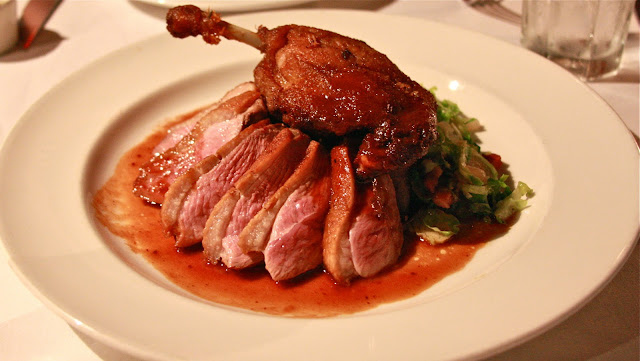 Adam and I shared the duck duo for the main dish, which included a perfectly seared duck breast and duck confit.  Brussels sprouts and steamed potatoes were served with it.  And because we were having duck, I naturally drank Pinot Noir with it, specifically Foris Pinot Noir which is from the Rogue Valley in Oregon.  It was one of the rare times that Adam admitted my wine paired with the dish waaaay better than his beer.  I won, I won!

For dessert, we shared a vanilla crème brûlée which...I have to say...might be the best crème brûlée I have ever had.  How they got that thick sugary crust caramelized so perfect, I will never know.  It was outstanding.  The server recommended a glass of sweet bubbly for a pairing, which was lovely, but I was sort of jonesing for the espresso Adam ordered - it covered our table in a fragrant cloud.

It was an amazing meal with my amazing family, and it reminded me that my attitude can be such utter crap sometimes.  Orlando isn't that bad.  I'll never forget the trip and I'm so glad that we went. 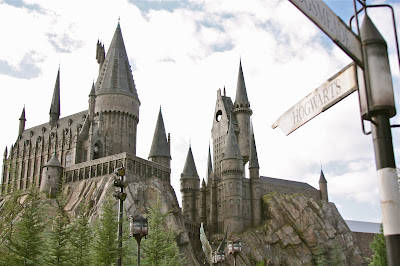 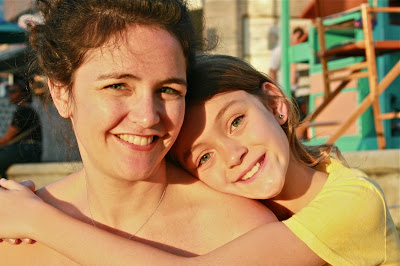 I hope you all had a lovely holiday (you USians, anyway) with loved ones!

So glad, you all enjoyed the trip.

how cute are you and bug???