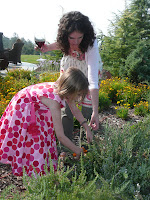 ow gorgeous and wonderful it was.

My parents built this enormous retreat on top of a hill overlooking the mountains – my siblings and I jokingly refer to it as the “post-kids house”. They have planted fresh herbs everywhere and submerged chairs right in the middle of all the action. There is a pool table, a hot tub, and enough wine and beer to last through a nuclear winter. While my parents do love all things Costco, they alwa 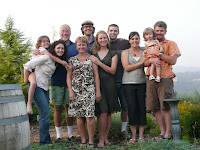 ys have good cheese, good bread, and fresh produce on hand. And did I mention the wine?

Adam was determined to barbecue “every single meal: breakfast, lunch, and dinner.” He only did breakfast on the grill the first two days, both of which I was still in ; nevertheless, I do believe we grilled lunch twice and dinner three times. And I hardly got my fix – in fact, it only made me miss grilling that much more.

My family also took us to their favorite sushi place and, I have to admit, I was skeptical. I mean, sushi in Cameron Park? In Burke Junction? I should have known better… It’s often the most 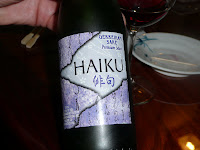 unassuming places that have the best food. It was the freshest, most tender, most flavorful sushi I have had to date. My family ordered several platters of rolls, which were all intensely rich, but I definitely needed to try their sashimi. I love sashimi. It’s deceptively simple and easy to underestimate, but I also trust it because a chef can’t hide behind anything – it has to be the absolute best and freshest or it fails. Well, ’s sushi succeeded on all counts. In addition, my family claimed to never have had sashimi…and they proceeded to gobble it up, and I hope my family has become converts. To top it all off, it ends up the chef was raised in Brooklyn (Bensonhurst) and has lived in for 20-some years. So he came out to the table to say hi to Adam and me, being fellow New Yorkers. Overall, it was this gorgeous oasis of food and culture in an unexpected place. I loved it.

We also went to two different farmers’ markets on two different days in El Dorado Hills. The first one was small but lovely. I bought some cheese from a local cheese store that sets up at the market, though they didn’t have any local cheese (apparently, according to the purveyor, there are no creameries local to ). I also picked up some locally baked bread and stone fruits galore. There was more of the same at the larger, weekend market, though the cheese purveyor wasn’t there. The bonus was that a woman was there with her daughter, selling their homemade Indian food**: herb naan, chicken tikki masala, yogurt dressing, curries, samosas… And she 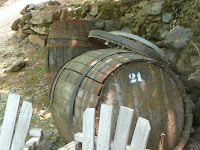 gave us endless samples of everything, and it took every ounce of willpower I had not to snatch up all of it. We got back to my parents’ house where my father, who had never heard of naan and didn’t care to, tried to put his pseudo peanut butter (Better Than Peanut Butter) on the garlic naan. We all screeched and refused to let him…but were forced to compromise when he insisted on putting black bean salsa on the naan instead. Siiiiigh. 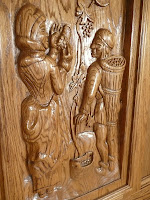 We also did a considerable amount of wine tasting, as is certainly an up-and-coming wine country. We started off at Sogno Winery, which is about a half-mile from my high school…weird! To quote my friend Amy: “If you had told me that there would, someday, be a winery that close to my high school, I never would have believed you.” I visited Sogno years ago and, at that time, they weren’t ready to use their own grapes so they were still buying them from elsewhere in . But for the most part, they’re using their own grapes now. I bought a case of Tempranillo for a ridiculously low price. We also went to Boeger Winery, 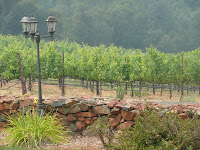 which was just divine and beautiful with lovely grounds. Which is code for There Were Plenty of Things for the Kiddo to do While My Mom and I Drank Wine (we bought 6 bottles of their Cabernet Franc, 6 bottles of their Tempranillo, and 6 bottles of their exceptional Rubies dessert wine). Lastly, my mom introduced me to Acorn Hill Vineyards***, which is a 2-acre tiny teeny little winery in El Dorado County. I baaarely scored a bottle of their 2004 Sangiovese and 2004 Blend. The only thing that bummed me out was that I desperately wanted to talk to the winemaker! Having read for Wine and Love, I wanted to find out his techniques for such a small winery. Unfortunately, it just didn’t happen. Overall, I really loved the wines. Are they the best? Heavens, no. But they’re still so different from anything I’m used to tasting: they’re young, fresh, herbal, floral, unadulterated…dare I say virginal? Which doesn’t make for the best wines but they were certainly interesting.

Eat, drink, and maybe wish you still lived in …

* Wondering why this vacay was such a big deal? Well, after 14 months at QL, I have only now been granted three weeks of vacation. For the first 14 months? FIVE DAYS TOTAL. FOR 14 MONTHS. When told that this was standard and asked why I was surprised by this, I told them that I had worked in 4 other library systems country-wide before coming to QL...and this was the first time I had to wait a year+ to get my full-vacation package. Is this an East Coast thing? Clearly, I'm still annoyed and unable to let this go (lordy, just ask The Husband). Nevertheless, the full three weeks are FINALLY mine to burn through...quickly...given that my fam and my in-laws both live on the West Coast...in different states.

** Mike & Kellee - you're the only ones in the fam who read my blog - find out who makes that AWESOME Indian food in The County and let me know - I'm dying to promote her here to a wider audience!!!!!

*** Ummmm...I'm actually not sure he's entirely legal...Shit. Should I even mention it here?

NOTE: As for the family picture up top, I'm the one with the 55-pound weight on my back. Notice that the guy in glasses in the back has a big ol' smile on his face and his arms amiably around everyone's shoulders. Yeah, that's the Husband. I don't see any weight on his back. Whatev.

Homemade Indian food?! I will have to check into that. We are always on the hunt for good eats in the area. I know..sushi..Burke's Junction..not possible! If only CP could bring in more quality restaurants Michael would be a happy boy..

Also, I have to tell you that your posts about food have an enormous calming effect on me. I was rushing around trying to decide what work to do in the next few hours, and getting all stressed out, and then I got to your post in my reader; I found myself going to your actual page to read it, which I don't usually do; and by the time I was done reading, not only had I decided to bake some bread sometime soon, but I knew what work I wanted to do in the next few hours. Anyway, thanks for creating such a calming (and delicious) mood! (and it was awesome to meet you ^_^)

Your family (and you) are sooo cute! I love this post. What a wonderful time. Sounds so fun and relaxing.

As to your vacation time... 3 weeks off after only 14 months????? I NEVER had more than a week (5 days) off of any job ever!!! Of course I never worked anywhere for more than 2 years but still! And they were mad when I took that! You are lucky.

Kristin - I have yet to bake my own bread, but can I come over and try yours? 8-) It was amazing to meet you as well - I was so thrilled to sit and chat with you! If only I had known that you know how to bake things with yeast! And congratulations on Graceling - the blogosphere is heaping praises on it!!!

Yeah, Nicole, I would love to be back in Cali about now. As far as the vacay time goes, I only had 5 days in a 14 month time period - so about what you have had. I've been in the same boat - I haven't held a job this long for YEARS because we always seem to be moving. I'm coming up on my 20-month anniversary soon and I can hardly believe it! It seems like I've been here for aaaaaages!

"M" - I'm actually not quite sure who you are. A member of my family, no doubt, since you referred to my brother. But I would love you forever if you could find out the name of the woman's business. It shouldn't be too hard - there was only one woman selling pre-prepared food at the EDH market...and the only non-Caucasian there, given that it was El Dorado County.

hey hon, that's the cutest pic ever of you and your cricket gathering herbs. we've got to see more pics next time we're over. i have to say that your family vacay on the west coast is awfully prettier than our forays into the midwest. alas!