Like the post title says, it was a weird weekend. First, it was Saturday at NY Brewfest on Governor's Island (Kelso of Brooklyn was very good and Keegan's Mother's Milk was by far the best I tried) . 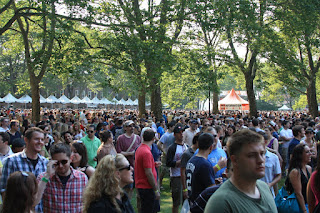 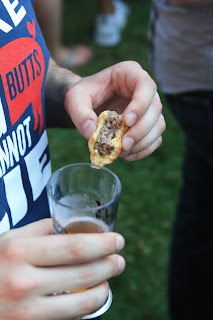 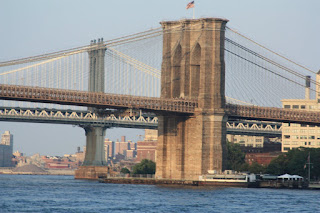 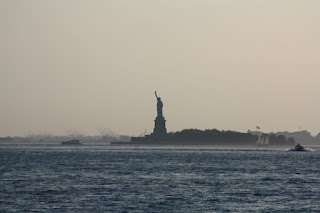 But we weren't fans of the event and probably wouldn't go again. The pictures from the ferry to the island were the best part. The company was great - me, Adam, our friend Josh (my friend-in-food, particularly the inspiration for Bacon Fest), and his friend Justin - but the thousands of other people at the Brewfest? Not so cool. Even in one of the best foodie cities in the world, you still get jerks that just want to slam beers and get drunk. Ugh.
Then Adam and I had squash blossoms on Sunday night that were unreal: 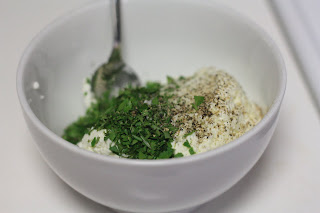 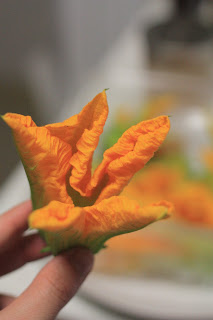 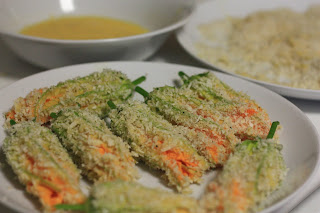 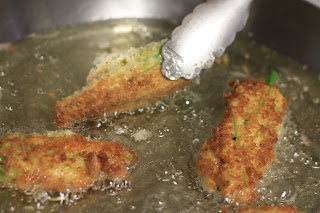 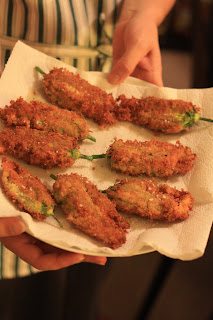 If you tell me that this is all namby-pamby fancy food, I'll dispute it 'til I'm red in the face. This was So Easy. First you mix fresh herbs (parsley, thyme, rosemary), salt, and pepper into ricotta. Then you stuff it into squash blossoms. Where does one find such fancy food? Either at your local farmers' market or, in this case, from Fresh Direct. Stuff the blossoms with the ricotta. Dredge in beaten eggs. Roll around in panko crumbs (Japanese bread crumbs. You could also use finely ground cornmeal or even regular bread crumbs). I seasoned my panko with lots of salt and pepper. Fry in vegetable oil until browned. Out of this world, melt in your mouth goodness. And paired with a flute of cava (or prosecco or Champagne)? Even better.
But we enjoyed it while Bug was in bed with a 103 fever. Weird, right?
Add to all this that I'm leaving for ALA in tomorrow. Even weirder.
So you'll probably get radio silence from me for awhile. I'm back from ALA for one day and then off to Hawaii and Oregon for two weeks after that. I'd love to blog from there...but I make no promises.
Eat, drink, and cheers to the end of the tunnel that is ALA...
Posted by Unknown at 20.6.10

Have fun at ALA!