Like last year, I made the traditional NFL Opening Day dish in our home: Roasted Red Pepper and Cannellini Bean Dip (from Cooking Light). 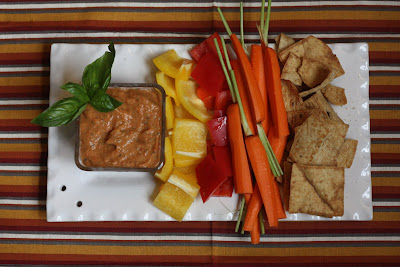 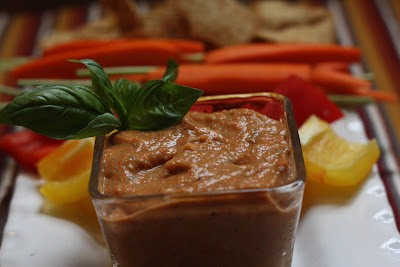 To be quite frank, one of the reasons we make it is because we can munch on it nearly all day and do so relatively guilt-free.  And it's one of the few ways we can get Bug to eat vegetables...lots of them.

Also, like last year, I did a cheese dish because that's the kind of people we are; no meal seems complete without some kind of cheese involved.  While still at my HarperCollins job, I attended the Texas Library Association conference in Austin this past April.  As a thank you from TLA's Children's Round Table, we received a lovely nacho plate from Holman Pottery (specifically, it was the nacho plate in Blue Earth, if you're interested in ordering one).  When Sally gave the dish to me, it came with instructions for nachos which I have long since lost so I had to make it up.  Here's how it turned out*: 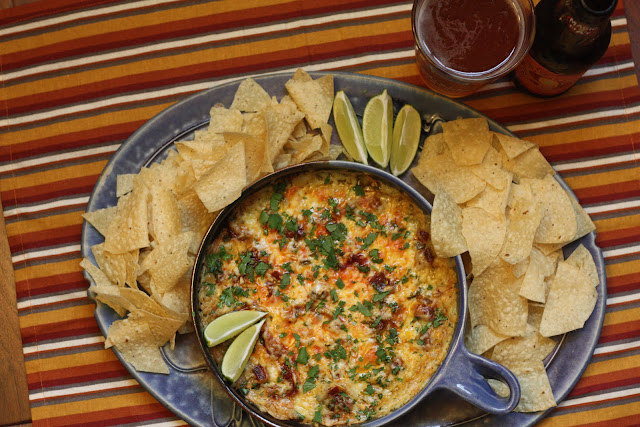 
Preheat oven to 415 degrees.  Spread grated cheese in the dish (you don't need a Holman dish for this - you can use Pyrex or Le Creuset, anything oven-safe) and then sprinkle garlic slivers evenly over the cheese.  Spread jalapenos and chorizo in the dish.  Place dish in oven and bake for about 15 minutes until cheese is golden and bubbly (note: you might want to bake it longer if you want the edges to get crispy).  Remove from oven and sprinkle cilantro on top.  Serve with lime slices and tortilla chips. (Serves 2...because we eat a lot on Opening Day)


Note: all the ingredients above are to taste; feel free to add or omit as much as you want.


Do you have any sports-related traditions in your home?  And what is it with sports and munching?

Speaking of which, I abandoned my old friend Wine for this meal and switched to Beer.  The Magic Hat #9 paired perfectly: 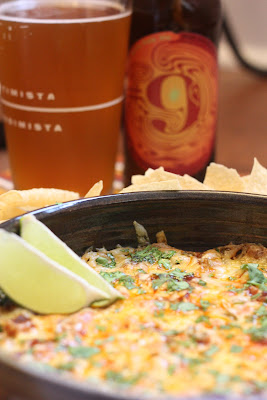 
* Note: the Holman nacho dish is the round one only.  The big plate underneath it was one I owned previously.
Posted by Unknown at 13.9.11

Looks amazing as always. I read your posts with jealousy of your culinary skills!:)

Oh that red pepper (capsicum) and bean dip sounds absolutely fantastic. I love the addition of the balsamic! I'm going to try and make that very soon.