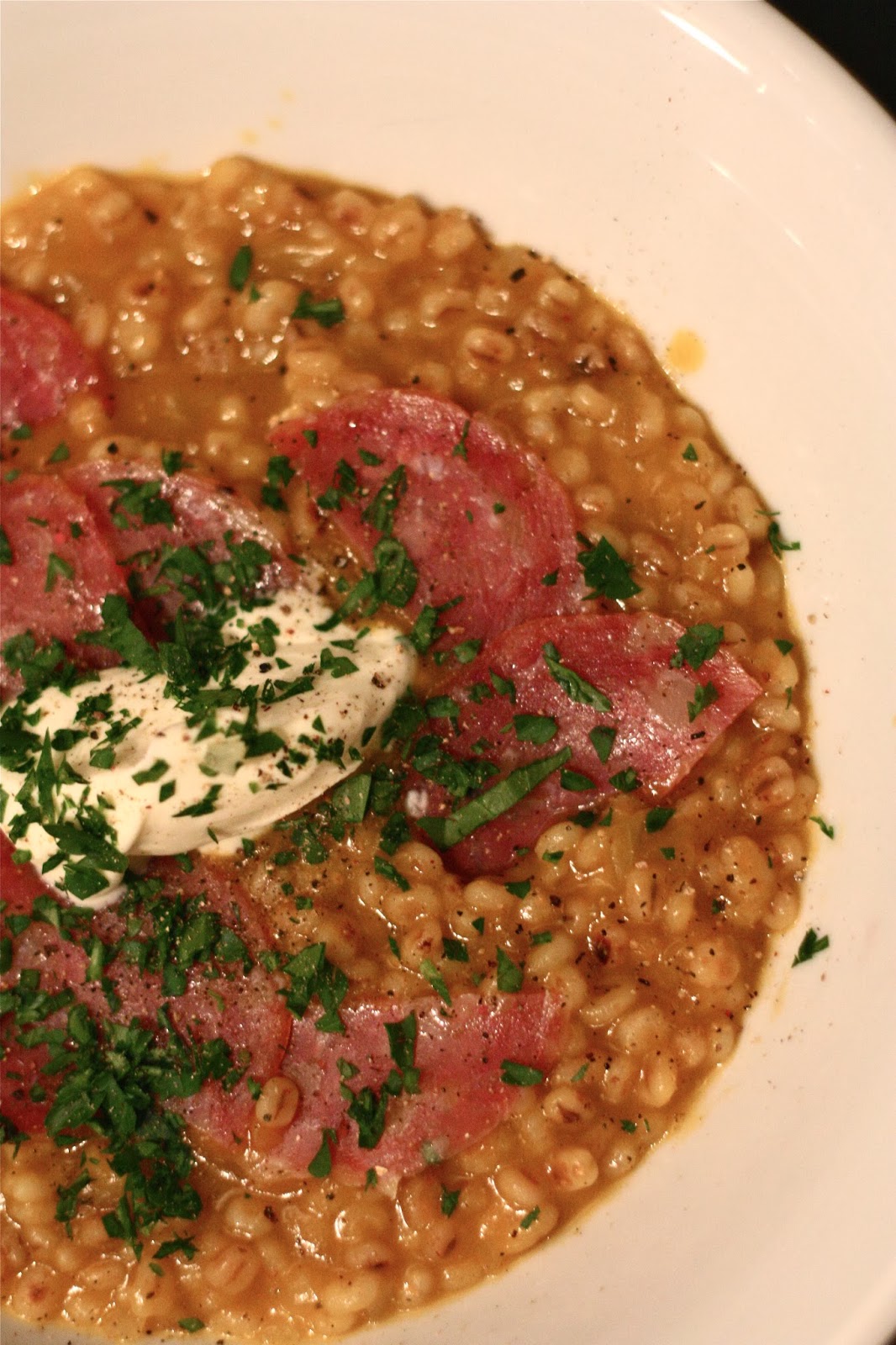 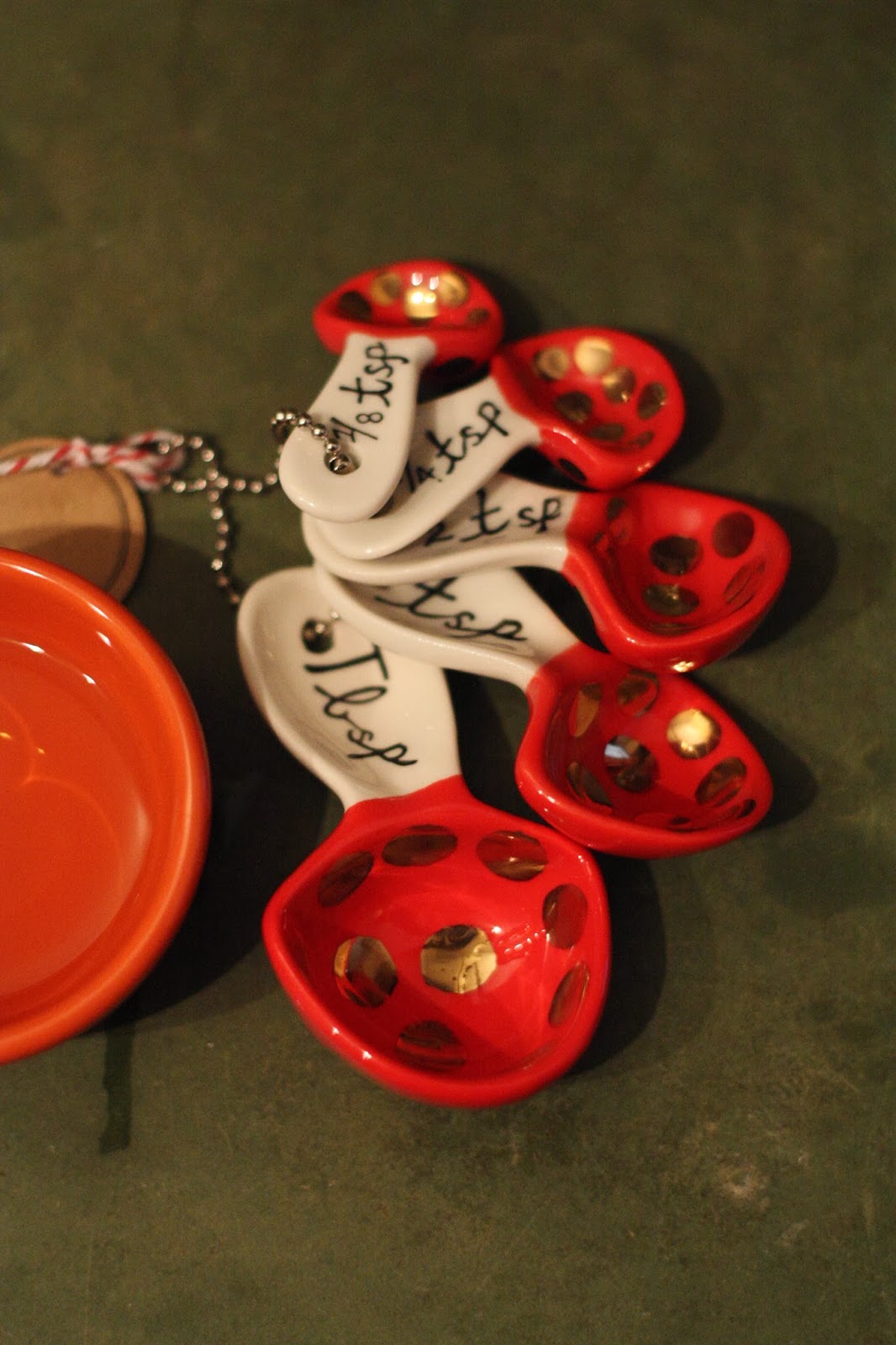 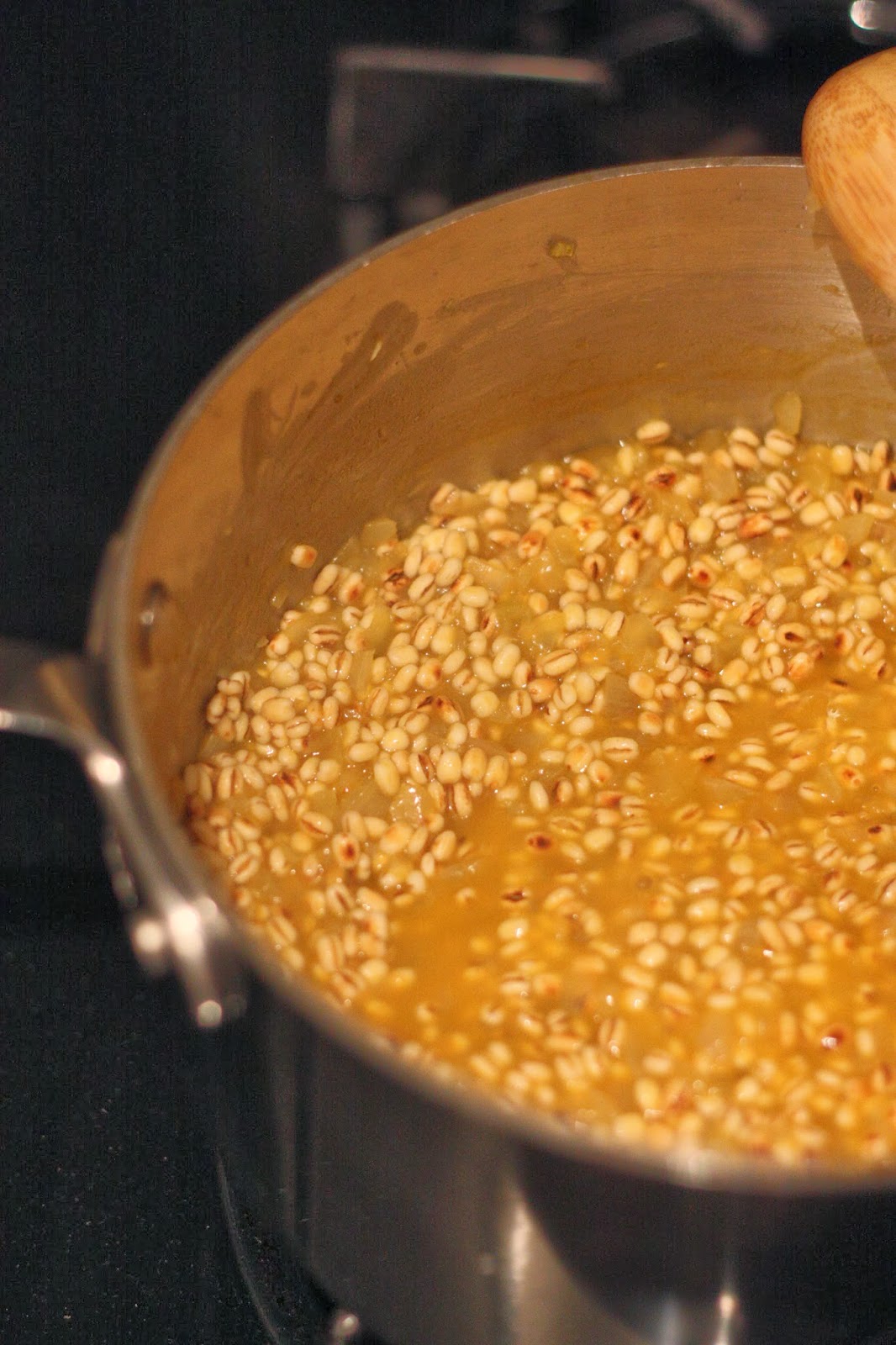 Orecchiette with Smoked Ricotta and Salami

I know, I know.  It's been a long, long, loooong time.  And I've so missed being here.  Sure, I could tell stories about how my life has been this or that...but that's boring.  So I won't.  My lovely online blogging friend, Carina at We Are All in the Gutter, said, "I hope you're simply busy living."  Indeed, I have been! XO

So let's get back to it, shall we?  You all may remember my French post - I received the most comments on it and many of you sent personal notes expressing support and divulging your own challenges with maintaining a healthy lifestyle (and being bien dans votre peau).  Well, I am SO THERE AGAIN (though not neeearly to the extent as before).  I've had many life changes recently - most important of which is going back to work full-time - and I just slipped a bit.  But I'm back and feeling so much better already after two weeks of Frenchification.

With that in mind, one thing I've been trying to do more of is eating at home.  Adam, Isabell*, and I got into a rather awful habit of eating out often - about 3 times a week.  No more!  I need to be back in the kitchen for my emotional well-being and my health!  I've been trotting out some favorites (such as the Robiola Wrapped in Mortadella), but I also winged it a couple nights ago (what's the past tense of "to wing it"?  I wung it?) and made this: 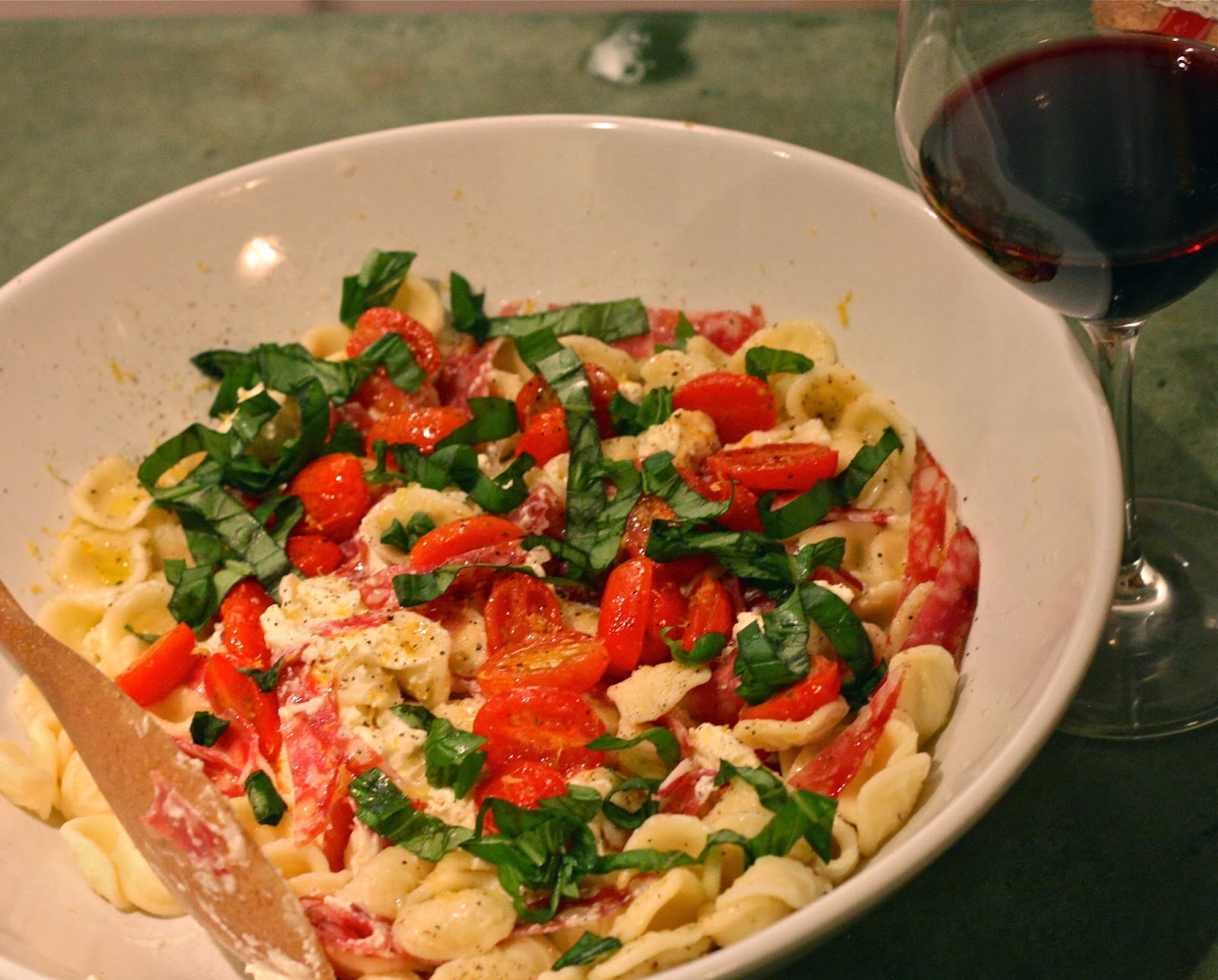 Orecchiette with Smoked Ricotta and Salami.

I don't have exact measurements; everything below is an approximation.  That's probably bad food blogging on my part, but how boring to measure everything exactly, right?  This is precisely the sort of recipe that lends itself to experimenting, tasting, and exploring.  Here is the list of ingredients: 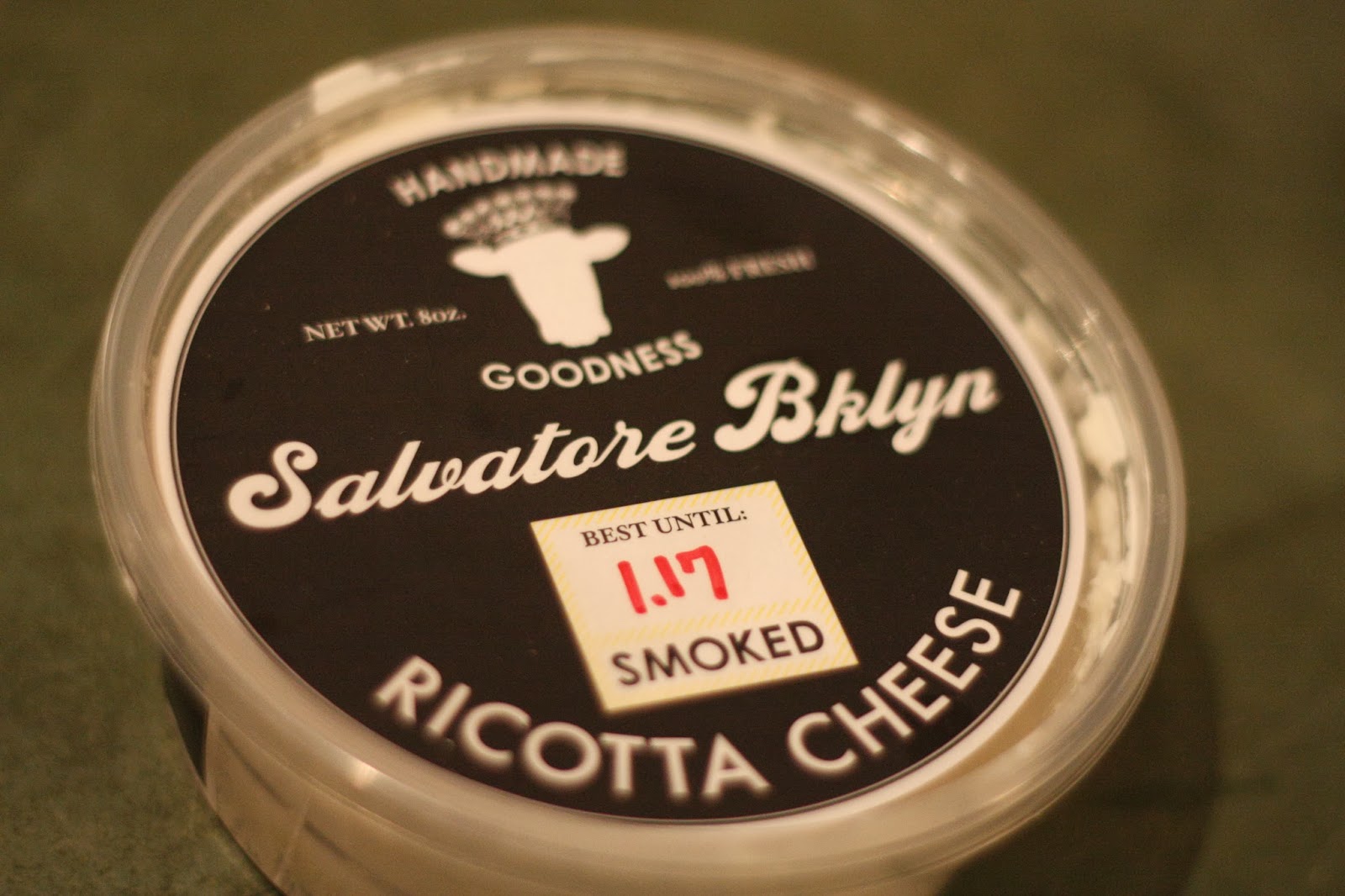 I loved this dish.  It was light but satisfying, and it lends itself to improvisation (see spicy salami note above...it'd also be wonderful with thyme); the ricotta makes a creamy sauce all on its own, and the charred tomatoes help ward off the winter blues.  This also reheated well the next day for lunch.

Well, it's wonderful to be back and you should start seeing more of me!  Happy New Year, all!

* Isabell was 6 years old when I started this blog, and now she's nearly 13.  It just seems silly to keep calling her Kiddo.