Despite the unseasonably warm weather we've had lately in NYC, we're still acting like it's autumn as much as possible.  And that included apple-picking this past weekend (note the flannel shirt on Bug...even though it was 75 degrees last Saturday). 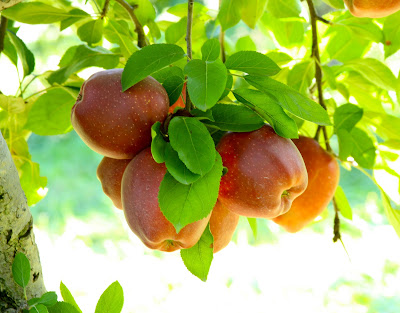 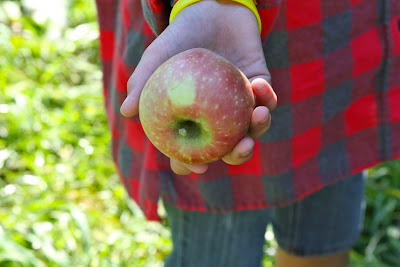 We went to Masker Orchards, an apple farm we had never visited before but it came recommended from Time Out New York.

The selection was good: Empire, Jonagold, Macintosh, and the ubiquitous Red Delicious.  We filled a huge bag for $25 and bought a dozen amazing cider doughnuts. 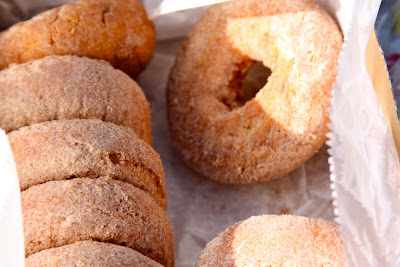 On our way home, we stopped by a park to eat a picnic lunch and dip our toes in an ice-cold stream. 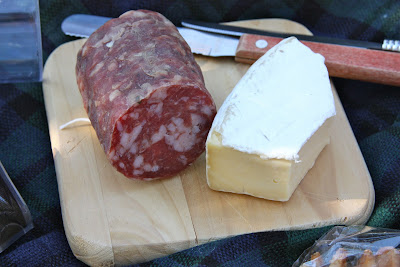 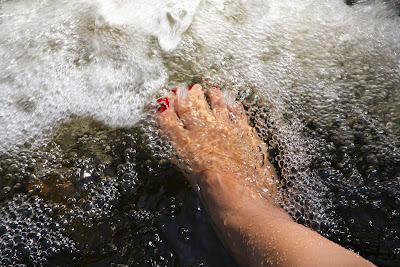 And while more than half of the apples ended up going to Bug's class for snack, we saved a few to make one of the few things I bake: Ina Garten's French Apple Tart. 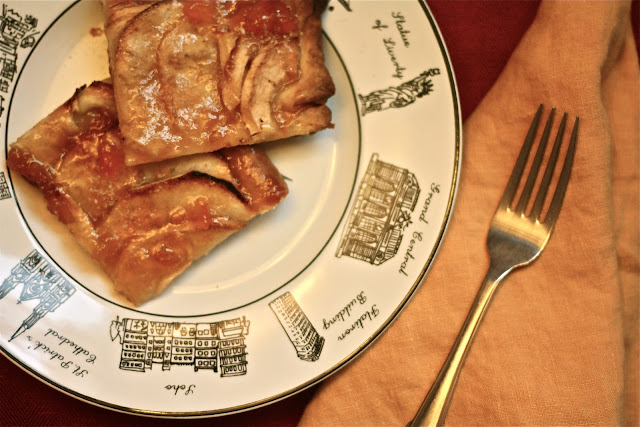 Her recipe calls for handmade puff pastry which, of course, I don't do.  Heck, even Ina Garten says that you can cut corners by using store-bought pastry.  I buy my pastry from Fresh Direct but Pepperidge Farm's version would work just as well. 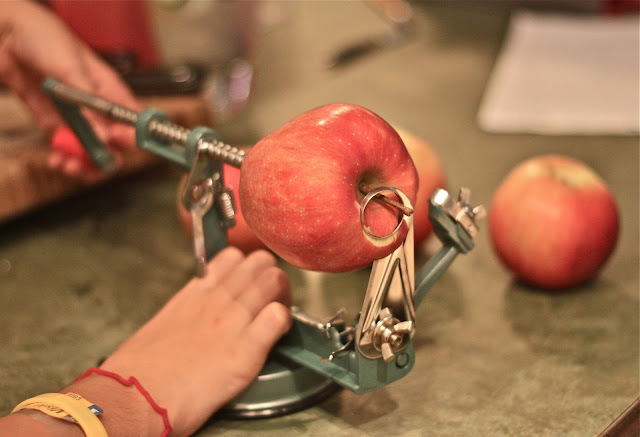 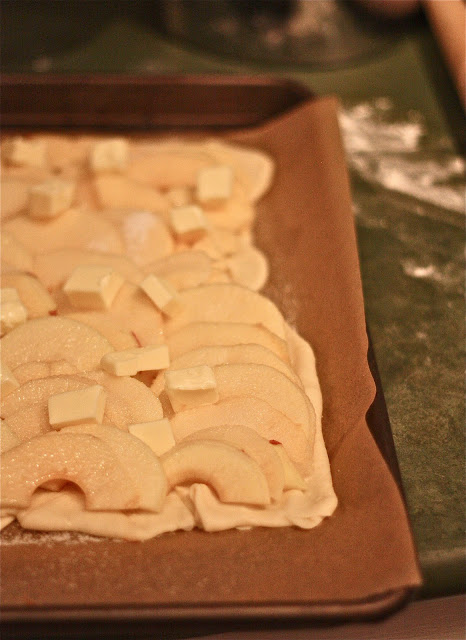 1. Preheat the oven to 400 degrees.  Line a sheet pan with parchment paper.

2. Make sure that the packaged puff pastry is thawed before rolling.  Dust working surface lightly with flour.  Roll the dough slightly larger than 10 x 14. Use a small kitchen to trim the edges of the pastry so that they're even.*  Place the dough on the prepared sheet pan and refrigerate while you prepare the apples.

3. Peel the apples and cut them in half through the stem.  Remove the stems and cores with a sharp knife and a melon baller (I use an apple peeler for this task, instead of a knife - reference photo above).  Slice the apples crosswise in 1/4-thick slices.  Place overlapping slices of apples diagonally down the middle of the tart and continue making diagonal rows on both sides of the first row until the pastry is covered with apple slices.  Sprinkle with the full 1/2 cup sugar and dot with butter.

4.  Bake for 45 minutes to 1 hour, until the pastry is browned and the edges of the apple start to brown.  Rotate the pan once during cooking.  If the pastry puffs up in one area, cut a little slit with a knife to let the air out.

5. When the tart's done, heat the apricot jam together with the Calvados and brush the apples and the pastry completely with the jam mixture.  Loosen the tart with a spatula so it doesn't stick to the paper.  Allow to cool and serve warm or at room temperature. 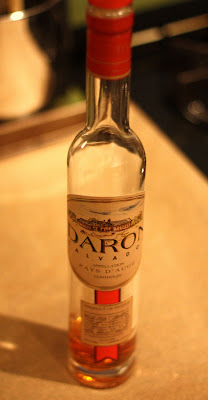 It really is as easy as it sounds, maybe even easier.  See?  I even messed up the pastry dough: 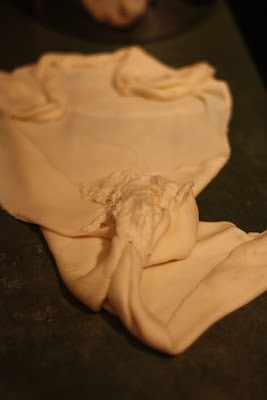 And it all turned out fiiiiine.

The results were delicious, and I even ate a piece for breakfast the next morning with a steaming cup of coffee (from Joe: The Art of Coffee...since I'm trying to break myself of the Starbucks default).

* If you follow the recipe link for Ina's version, you'll see that not only does she cut the dough with a knife to make it even...she even recommends using a RULER.  For heaven's sake.  Yeah, I don't play like that.  Not only did I NOT use a friggin ruler...I didn't even cut it with a knife to make it even.  I rolled it out and considered it done, crooked lines and all.  If you're the type of person to use a ruler for something like this, then my blog must drive you crazy.  I'm so not that kind of cook.

NOTE: I'm going to make this again soon because there are some variations I want to try.  I think it could be awesome with crumbled bacon on top of the tart.  And I also think you could grate some sharp cheddar over the tart, stick it under the broiler, and have a savory treat.

I recently decided my life would not be complete without an apple peeler like yours, so I'm so happy to have a recipe like this where it would actually come in handy!:-)

I'm not a ruler person either:-D

This looks great ~ I will try it. Love the pictures of the apple picking and Bugs help.

This reminds me of my Austrian grandmother's apple tart. I have been looking for a recipe for it for quite a while. Cannot wait to try it!

I am obsessed with tarts and especially ones with apples! I had the most amazing tarte tatin a couple days ago, and I've been wanting to try making something similar. Bookmarking this for sure :)