New York City is in the middle of an October heat wave that has sucked my will to live: our building had to turn off everyone's air-conditioning a couple weeks ago so we've been melting away in our apartment with 85-degree temps outside.  We'd buy fans...except there's no damn room for them, such is life in a tiny apartment.  All our windows are open...which lets in all the noise and, annoyingly, very little breeze.  Bug can't sleep, we can't sleep. We're all grumpy.  It has not been pretty.

So yesterday I declared that there wasn't a snowball's chance in hell that I was turning heat on in this place in order to cook.  Which ended up being untrue, alas.  I found a recipe in Jamie Oliver's Jamie's Italy for sticky figs and it struck a chord with me.  All it calls for is taking a pint of figs - or however many you have - and halving them.  Then you put them on a baking sheet lined with parchment paper. 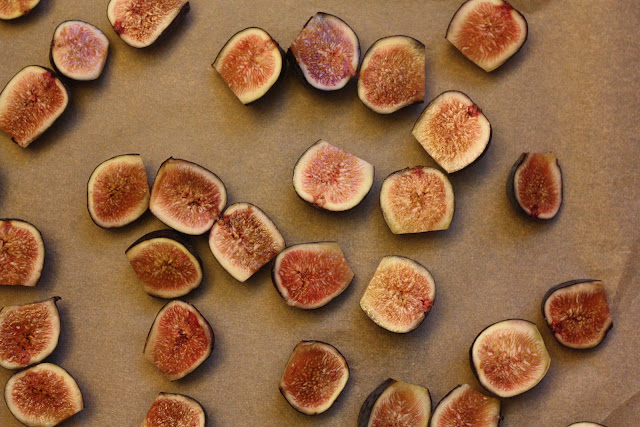 Jamie calls for them to be baked at 120 degrees for two hours but my oven only goes down to 170 degrees.  So I did that for two hours.  Done.  That's it. 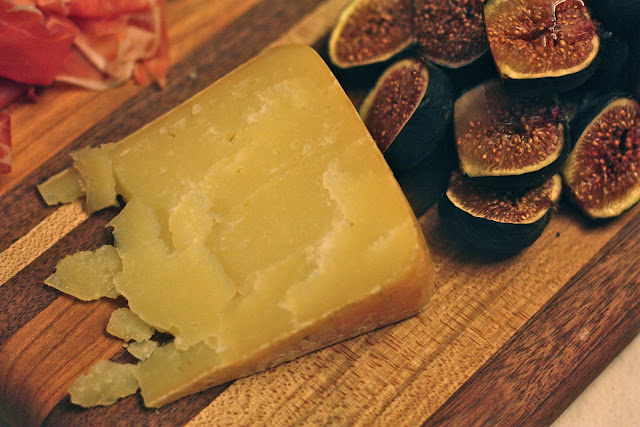 I paired the figs with a crumbly, salty Pecorino.  This is one of those cases where you should find the best Pecorino you possibly can since it's one of the stars of the meal.  We added Prosciutto di Parma, rustic Italian bread, and dipping oil (really good-quality oil, sea salt, pepper). 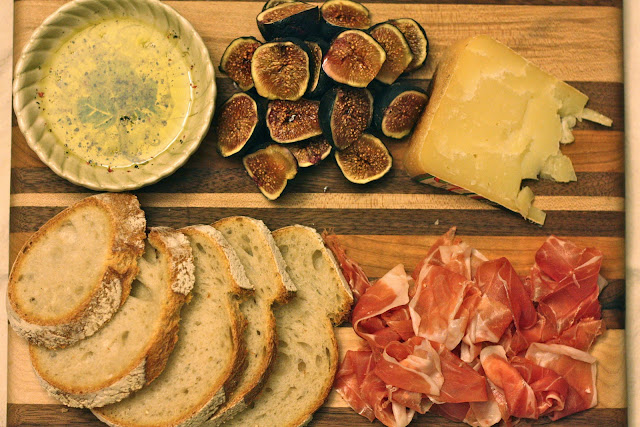 Very little heat, very little fuss.  I know there are some of you who read this who will say, "They had only that for dinner?!"  And the answer is a resounding YES.  It's too damn hot to eat anything else.  Seriously.

Eat, drink, and keep it simple.


UPDATE #1: Naturally, Bug didn't want anything to do with the figs (though we did make her try just one) so she had a sliced apple.  She also wasn't a huge fan of the Pecorino - she thought it was "spicy".  But she ate almost that entire pile of prosciutto - I had to add more to the board - and she had bread with butter slathered on it (she claims, falsely, that she's "allergic" to olive oil).  This is such an easy meal to cater to picky eaters.

UPDATE #2: Foolishly, I forgot to mention what we drank and thanks to my good friend Daphne for reminding me!  Per Andrew Dornenburg and Karen Page's What to Drink With What You Eat, I drank a Riesling: Arthur Metz 2010 from Alsace.  It paired very well, but didn't wow me.  Adam had the winner: Brooklyn Brewery's Monster Barleywine.  It was huge in flavor, but didn't overwhelm the cheese or figs.  It was an unexpected, much more interesting pairing than the Riesling.  I highly recommend it.
Posted by Unknown at 10.10.11

Give or Take a Little said...

Sounds divine. What did you have to drink?

I love figs. This sounds such a simple method. I'll have to try and remember it for fig season here (I live in a fig growing area in Australia and usually buy either huge bags, or whole trays).

It looks delicious. Couldn't dream of asking if that was all you had to eat. This looks like my dinner many nights of the year:-D

So funny about the olive oil allergy. My niece doesn't like mashed potatoes, so she claims she's allergic to it. However, all other sorts of potatoes are fine;-)