I've been rushing to get this damn post done because you've gotta try this dish before summer is over and fresh corn is gone for the season.  My friend Eric (of Moscow Mule fame) sent me a Facebook message back in July, and here's what he told me:


Have been thinking about your butter-sauteed corn with cilantro. Am sitting at the bar at Momofuku Noodle; Chang's doing the same thing with roasted corn, bacon, cotija, scallions, parsley. Superb. I LOVE summer. (Though as a jersey boy, I can say, still too soon for corn)
Um, yes, please.  Naturally, I was excited for anything involving corn and bacon but, more importantly, this was a corn dish I could make for MC (my mother-in-law) that didn't involve cilantro.  No one hates cilantro like MC, believe me.  So I made this first while at her place in Oregon, throwing in everything, measuring nothing.  Then I came home and came up with a recipe.
It manages to be hearty yet light, subtle yet flavorful.  I have to confess that if I didn't have a family to cook for and I was making something for just myself, I'd probably make this dish, put it in a bowl, and that would be it.  Drunk with a crisp Sauvignon Blanc in front of Downton Abbey... 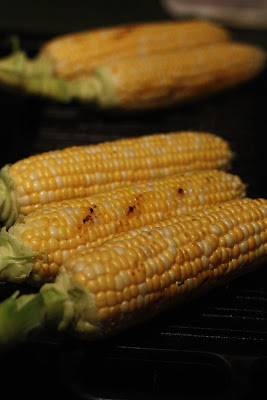 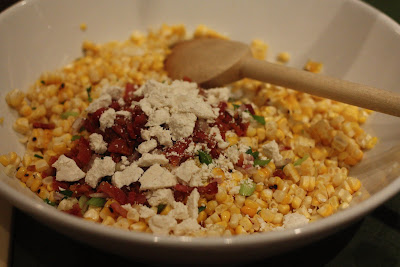 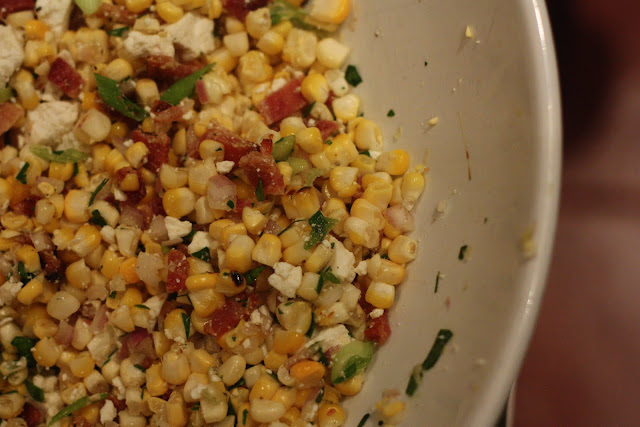 So easy, right?  We served this alongside seared tuna dusted with sweet paprika (recipe). 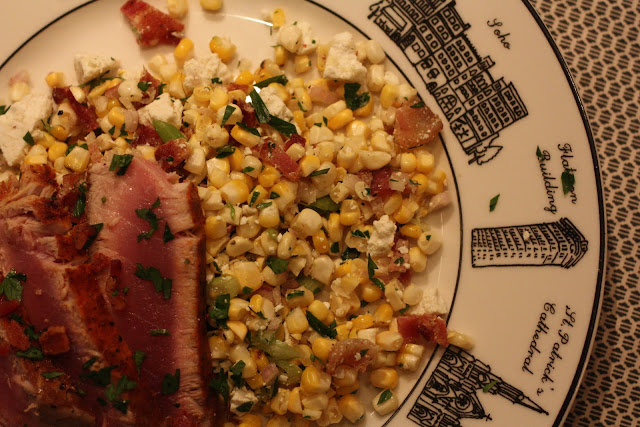 I'm seriously planning on making this two or three more times before the summer's over.  And I don't mean to be bossy, but so should you.
Eat, drink, and who needs a fancy restaurant?


(NOTE: After posting this, I found an actual recipe for Momofuku's corn: Corn with Bacon and Miso Butter. I'll try the miso butter next time, for certain...but I have to admit that I like my addition of lime.  And Eric was specific in Momofuku's use of cotija.  So, in summation, this is absolutely one of those recipes you can adapt to your own tastes and change up as you please!  Try anything - this is damn near foolproof.)
* That's what it has become known as in my house.  Better than those ridiculously long titles that everyone's using now that list every single one of the ingredients, right?  Can you imagine?  "Roasted Corn with Bacon, Shallots, Parsley, and Scallions"?  Um, no.
** This is officially the first recipe I've ever made up on my own, including all the notations and measurements.  So I'm a little nervous.  If you notice anything off here, let me know.  I'll use you as my official recipe testers!
Posted by Unknown at 25.8.11