Dear East Coast, It is Pronounced ORE-gun, NOT Or-i-GONE 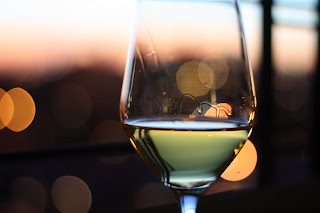 Funny story ahead:
Adam was recently on a business trip in D.C. and dining at a fancy restaurant with some co-workers. One of them, KH, is rather well-connected in the restaurant world and was looking over the wine list with the sommelier. Adam's doing his thing, having fun, enjoying himself...and then he overhears this:
"I'd recommend this pinot noir from the Will-uh-METTE Valley. It's excellent."
KH nodded sagely. Yes, yes, of course. The Willamette Valley has some of the best pinots in the world.
Adam spoke up. "Um, it's Will-A-mette, dammit.*"
KH and the sommelier looked up, surprised. "Really? I didn't know that. So it's Will-A-mette? Not Will-uh-METTE?"
Adam responded that he should know: he grew up in the Willamette Valley, crossed the Willamette River countless times, and graduated from Willamette University.
Good to know, responded the sommelier. And left.
KH couldn't believe it, telling Adam about the number of 4-star restaurants she had been to in NYC, and she has only ever heard it pronounced "Will-uh-METTE". Not only that, but KH observed that "they always get the French right."
Which hit the nail on the head. All these pretentious wine snobs that study their French and Italian, that visit all of Europe's most famous wine regions...and they have neither visited one of their own country's most famous wine regions nor learned to pronounce it even.
That's okay. It means we Oregonians get to feel smug correcting the country's most renowned sommeliers.
Eat, drink, and learn to pronounce "Oregon"...just as we all learned to pronounce "Arkansas" in school.
* That's how we educate others. "Willamette" and "dammit" rhyme.
Note: FYI - that is not a Willamette Valley wine in the picture. It's a Stratus Chardonnay from the Niagra region. Incredibly toasty and buttery, which some people don't like in a wine...but I enjoy it every now and then.
Posted by Unknown at 20.3.10

And that would be "Niagara" please!

How is "Oregonian" pronounced? Is the "go" pronounced like the word "go", or like "gah"? Which syllable has the major accent?

Had a college friend who taught me the Oregon thing, and I try to be careful to say it right :o)

Oh, no, Geebee! I stand corrected!

It's pronounced "go". Ore-GO-nian, emphasis on the GO.

i DID NOT KNOW THAT! (i sound like phil hartman doing ed mcmahon.) will-A-mette! i'll get it right from now on.