I’ve blogged before (here and here) about the surprising relationship between food and Joanne Harris, who wrote Chocolat and now has ventured into children’s/YA literature with Runemarks. 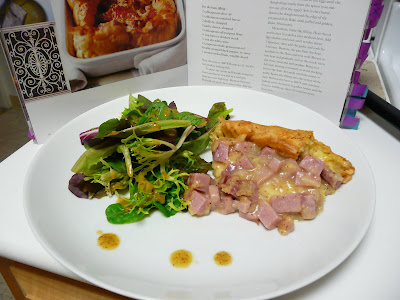 I also can recommend The French Market by Joanne Harris and Fran Warde.  In addition to the gougère recipe, I have also made their salad with walnuts (salade aux noix), their warm salad with Camembert dressing (salade tiède au Camembert), and their potato, cabbage, and Camembert casserole (tourte au Camembert)…all to huge success.  Not to mention that you can impress the hell out of your guests by giving them the French names for the meals!