Most Improved Cover 2008: The Glitch in Sleep

Here is the cover for the 2007 hardcover edition of The Seems: Glitch in Sleep by John Hulme and Michael Wexler (Bloomsbury USA):

It left me scratching my head. It's very busy with the pipes at the top (are they pipes?), the lettering, the wrench, the saying around the wrench, and then the houses. Wha...?
Then came the 2008 paperback edition (Bloomsbury USA):

Much improved, dontchya think? It has much more kid appeal. And apparently Bloomsbury USA realized this because here is the 2008 hardcover sequel, The Split Second:

Bravo to Bloomsbury! And just in case you haven't had enough, look at THIS*: 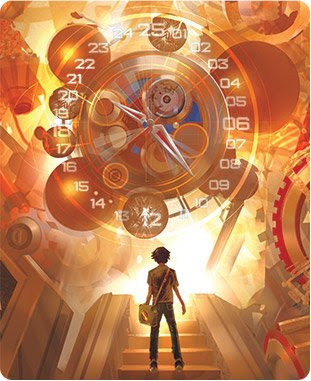